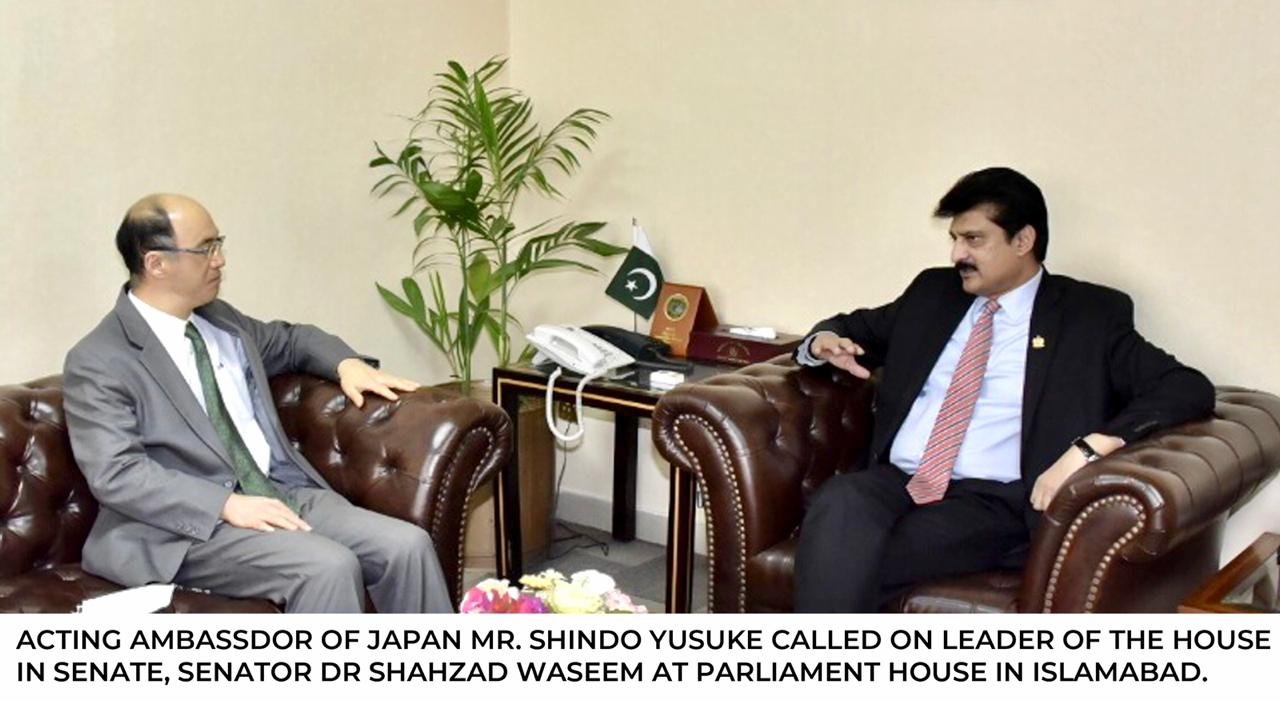 Event Title: Acting Ambassador of Japan Shindo Yusuke called leader of the House in the Senate at Parliament House on Tuesday

Leader of the House in Senate Dr. Shahzad Wasim has said that Pakistan attaches great importance to its relations with Japan and desires to further expand the friendly ties in different sectors for mutual benefit of the people of two sides.  He reiterated need to further strengthen the existing economic relations between Pakistan and Japan. He said that bilateral relations could be further cemented by increasing parliamentary exchanges.

He said that  excellent cooperation has been witnessed at international fora and there is a need to further build cooperation by promoting people to people contacts and exchange of Parliamentary delegations.

The Acting  Ambassador said that two countries have enjoyed historic relations and Japan is keen to further boost cooperation in mutually beneficial sectors.   He agreed with the views of Leader of the House in the Senate to enhance cooperation and further strengthen bilateral ties. Senator Shahzad wasim said that prime minister Imran Khan vision is to promote Pakistani brand. He said that investment friendly policies have been introduced and environment is conducive for investment in Pakistan. He said there is huge scope for mutual collaboration in trade, tourism and other sectors.

The Acting Ambassador appreciated the potential of skilled work force of Pakistan. He said that we are keen to benefit from the human resource in different fields.

It is pertinent to mention here that Senator Dr. Shahzad Wasim is convenor of Pakistan Japan friendship group in the Senate. Senator Seemi Ezdi was also present during the meeting.