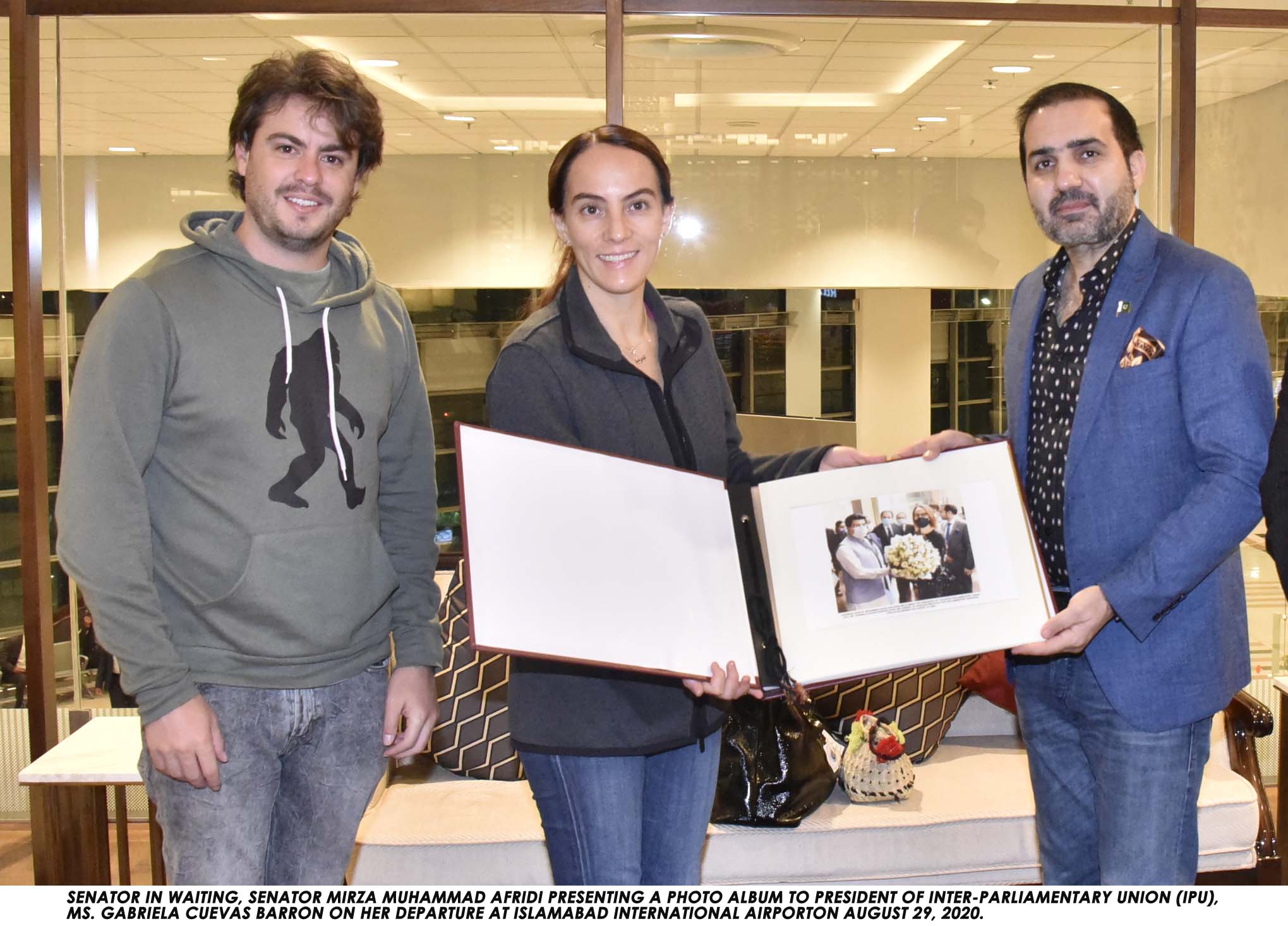 IPU President Gabriela Cuevas Barron, after completing her visit, left her country on Saturday. She visited Pakistan on the  invitation of Chairman Senate Muhammad Sadiq Sanjrani. During her visit she held important high level meetings with President Dr. Arif Alvi, Prime Minister Imran Khan, Chairman Senate Muhammad Sadiq Sanjrani, Speaker National Assembly Asad Qaisar, Governor Punjab Ch. Muhammad Sarwar , Chief Minister Punjab Usman Buzdar and other important high ranking functionaries. She also visited Lahore,  Gawadar and tourist spot Murree. She said that Pakistan is an amazing country and has the potential to become hub of economic activities. She was impressed by the culture and hospitality of the people of Pakistan. She said that there is huge scope for tourism in Pakistan.

Taking to media at Islamabad International Airport, the IPU President thanked Chairman Senate Muhammad Sadiq Sanjrani, leadership of the country and Senator in waiting Senator Mirza Muhammad Afridi for the hospitality. She expressed her satisfaction and said that Pakistan is an active member of the IPU and has always played a constructive role to promote the ideals of peace , democracy and development. Senator Mirza Muhammad Afridi thanked the IPU dignitary for the visit. He said that Pakistan places it linkages with IPU at high esteem and this visit would further open up new avenues of bilateral and multi lateral cooperation between the two sides.  Senator Mirza Muhammad Afridi also presented a photo album to the IPU President . The IPU President was seen off by the Senator in waiting and senior officers of the Senate at Islamabad International Airport .