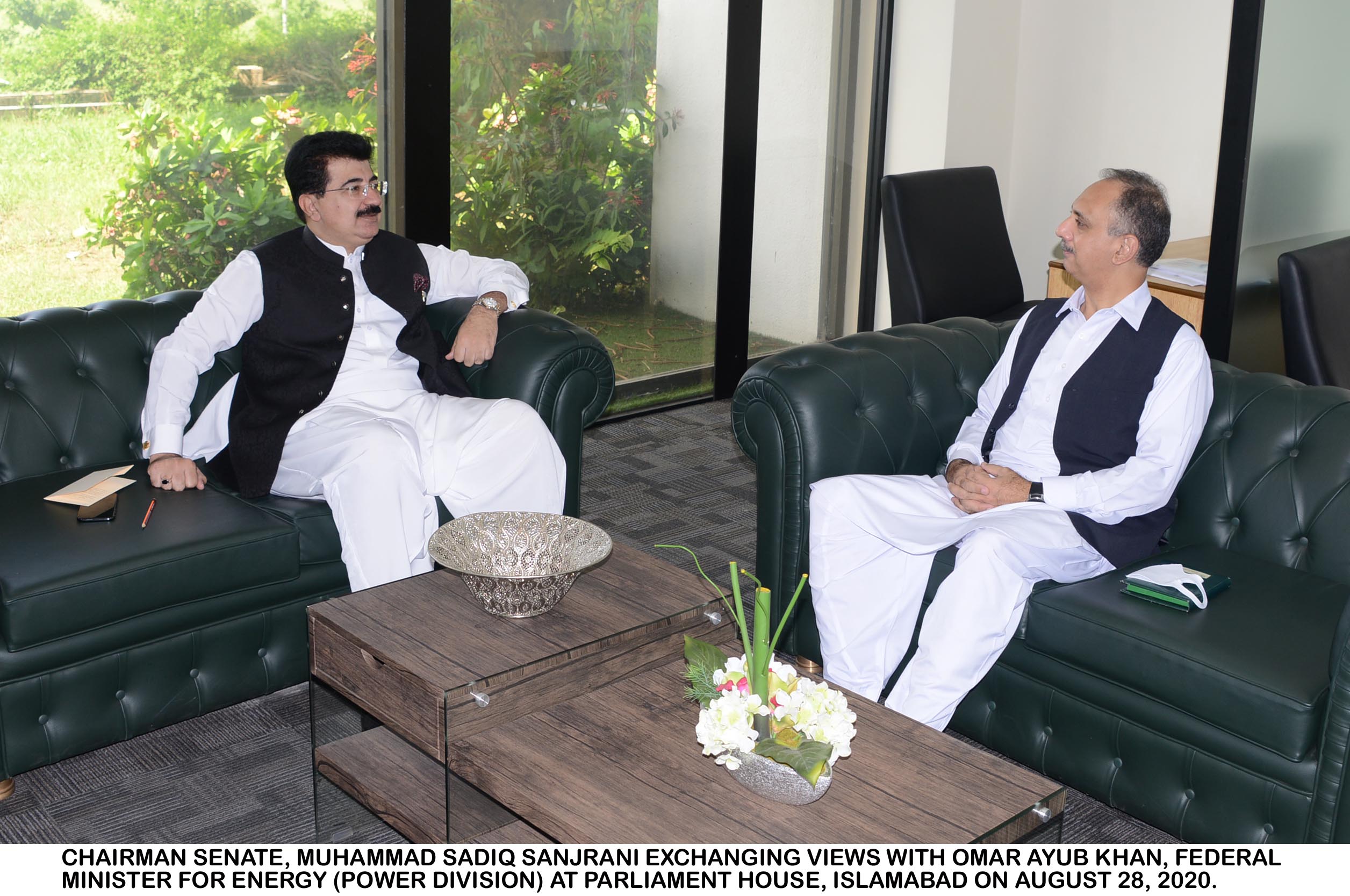 Chairman Senate Muhammad Sadiq Sanjrani has said that solar and reneable energy projects are highly important for Baluchistan and government needs to initiate such projects to overcome problems faced by the people of Baluchistan due to energy shortage. The Minister for Power Umer Ayub Khan called on Chairman Senate at the Parliament on Friday and informed about the steps taken by the government  about new projects in the province. Chairman Senate observed that Baluchistan is a geographical vast province and there must be two electricity distribution companies instead of one to better manage the affairs. He suggested that Lasbela, Awaran, Washuk, Gawadar, Chaghi and other adjoining districts be managed through a separate DISCO. He also proposed to detach Lasbela from K-Electric and place it under the new DISCO for better management. He said that demand of these areas is rising day by day and there is dire need to initiate new projects. He said that Baluchistan is blessed with natural resources and renewable energy projects can better meet the demand of the people.  He underlined the need to prioritize these projects to provide relief to the people.