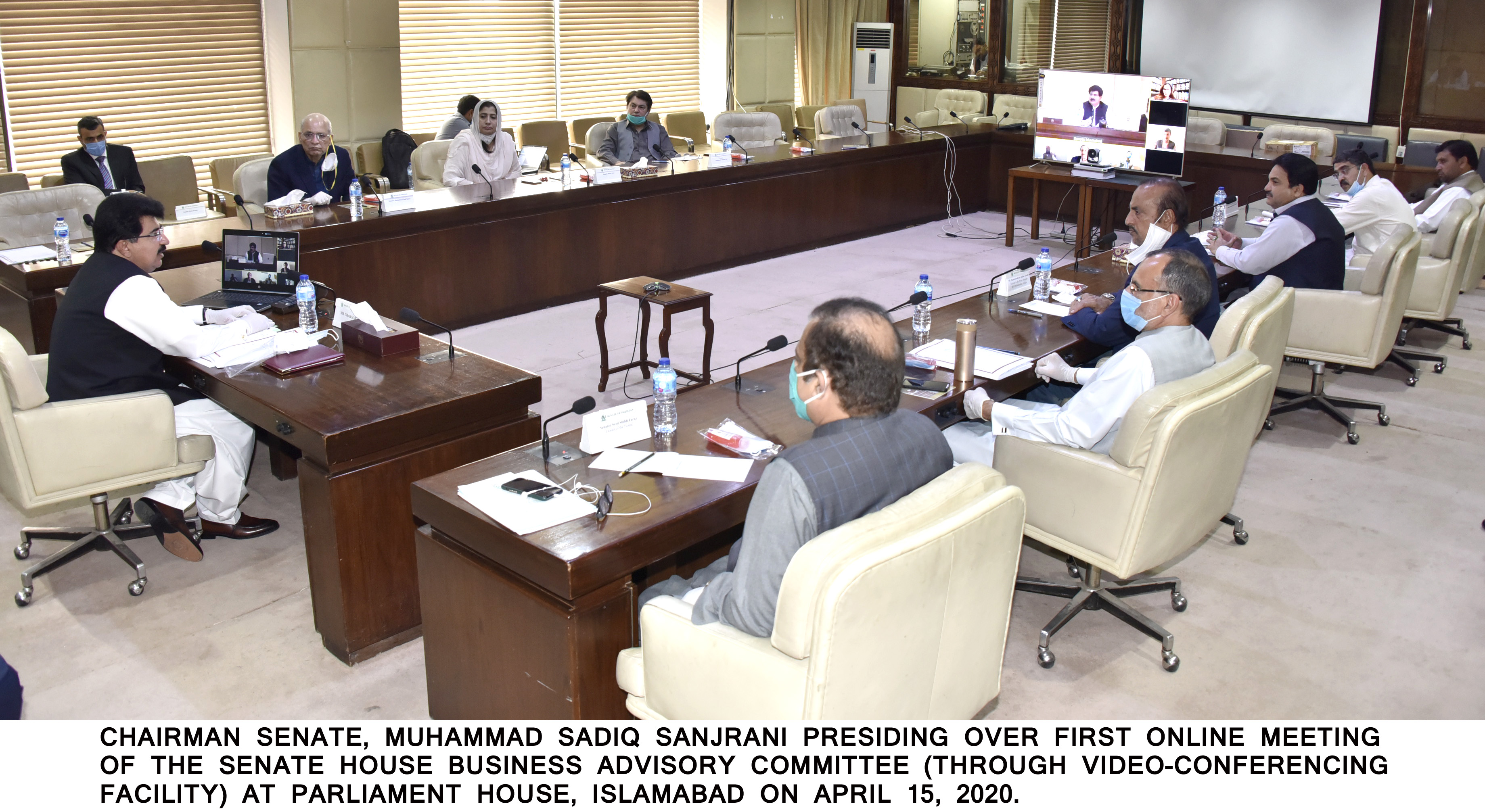 Senate House Business Advisory Committee was held at the Parliament, via video conferencing on Wednesday. Chairman Senate Muhammad Sadiq Sanjrani presided over the meeting. The Committee deliberated on the emerging scenario aimed COVID-19  and discussed in detail the hardships being faced in transecting the legislative business. Chairman Senate, at the outset, remarked that Parliament has to play a more robust role in the current crisis as there is need for a national response to overcome the pandemic. Advisor to the Prime Minister on Parliamentary Affairs Dr. Babar Awan, during the meeting, apprised that federal and provincial governments have taken a unanimous decision to extend the lockdown until 30th April, 2020. There is a need to consider overall situation with regard to lockdown, precautionary protocols and the risk factors involved before taking any decision. Parliamentary leaders, participating in the discussion also floated various proposals for convening senate sessions and committee meetings.

Chairman Senate Observed that important legislation is pending. However, he said that decision to convene Senate session requires detail examination of the existing rules and procedures. He referred the matter to Senate Committee on Rules of Procedure and Privileges for a report and said that any decision to convene senate session would be taken in accordance with the recommendations of the Committee.  He said economic fallout of the crisis cannot be ignored and parliament has to take a lead in this regard with special reference to the upcoming Budget.  This was the first session of the House Business Advisory Committee which was held through video link. The initiative was proposed by Chairman Senate a couple of days ago.