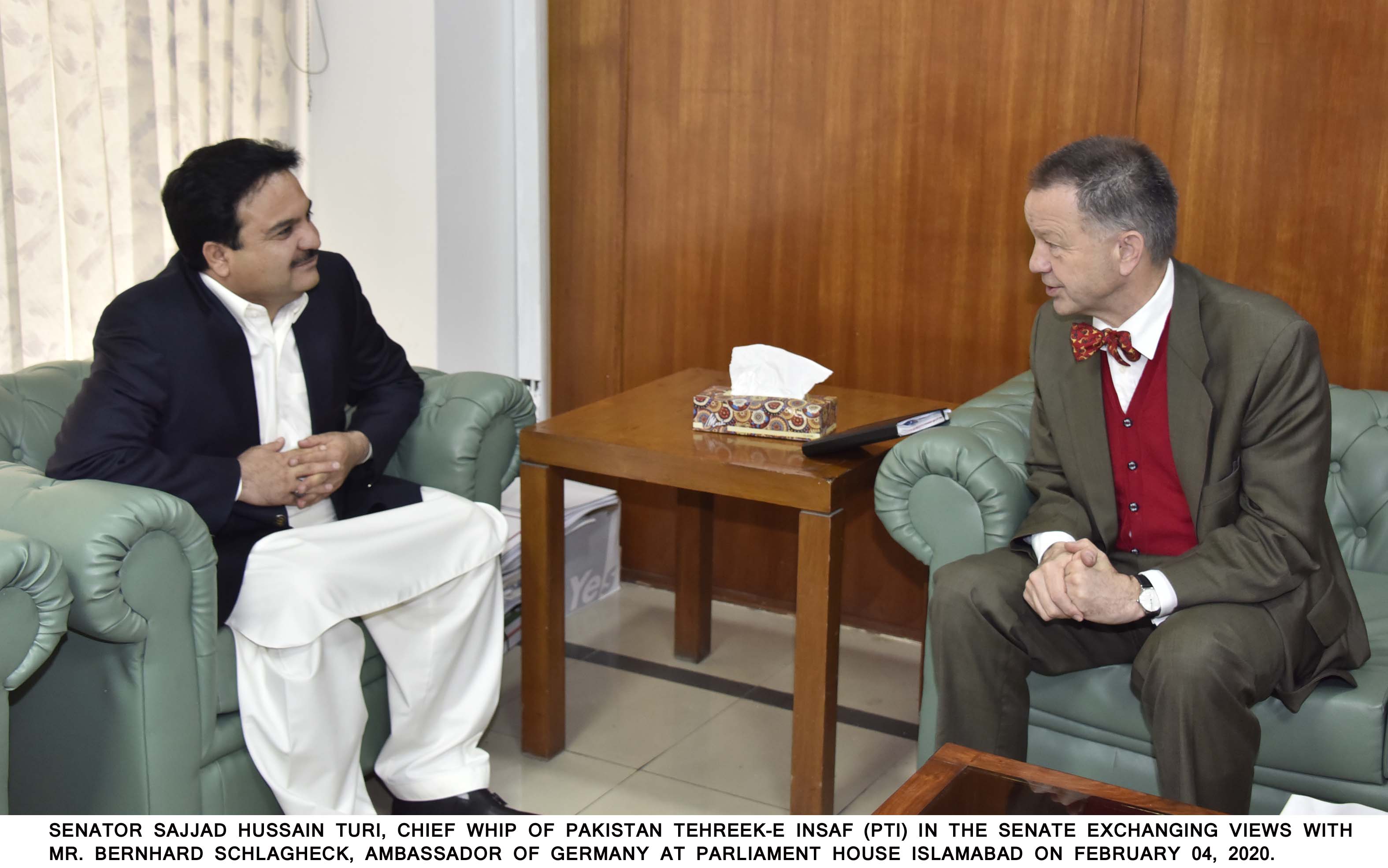 Senator Sajjad Hussain Turi, Chief Whip in the Senate has said that Pakistan values its bilateral relations with Germany and desires to further expand mutual collaboration in different sectors to bring people of the two sides closer. He emphasized the need to further strengthen the existing bilateral relations between Pakistan and Germany through enhancing parliamentary ties and cooperation in various areas of mutual interest.  He said this while talking to Bernhard Stephen Schlagheck, Ambassador of Germany here at Parliament House on Tuesday.

The Ambassador said that Pakistan is a great country with hospitable people and lovely culture. He agreed for enhanced bilateral cooperation and interaction at parliamentary and other levels.