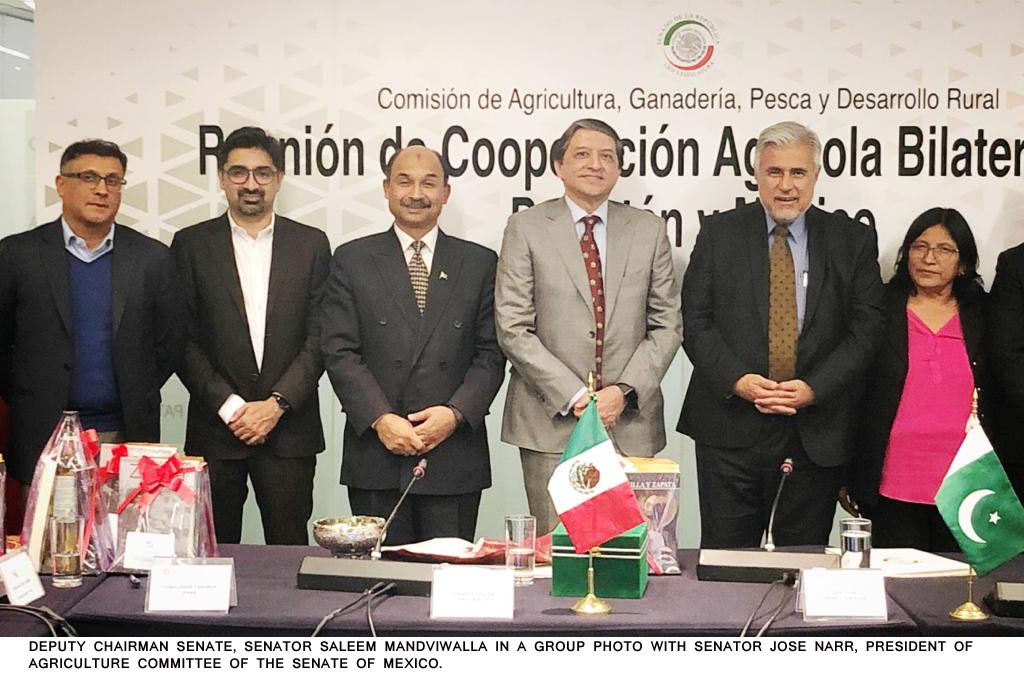 Mexico has agreed to import rice from Pakistan which was earlier banned citing quality concerns.  This was agreed was reached during meeting of Deputy Chairman Senate Saleem Mandviwalla with President of the Agriculture Committee of Senate of Mexico and Secretary of the Agriculture.  Deputy Chairman Senate observed that Pakistan and Mexico have enjoyed cordial relations and we intend to broaden the scope of mutual collaboration in diverse fields including trade, investment and institutional collaboration at parliamentary and other levels.  Deputy Chairman Senate further remarked that importing rice to Mexico from Pakistan would enable the business community of both sides to come closer and evolve a joint mechanism for strong collaboration.

Senator Mandviwalla termed it a major breakthrough during this visit as the matter remained unresolved for the last many years.  He observed that Pakistani rice has a global recognition and was highly liked by people of Mexico.  He expressed the desire to further boost cooperation in other sectors for mutual benefits of the two sides.

Senator Mandviwalla along with his delegation also called on the President of the Mexican Senate.  “It’s a great honour for us to be here and visit the Senate of Mexico” Mandviwalla said.  Senator Mandviwalla a delegation to attend a Seminar organized under the auspices of Inter Parliamentary Union (IPU).  On the side lines of the Seminar, Pakistani delegation held meetings with political leadership and Parliamentary heads of the Senate of Mexico.  He also delivered a letter on behalf of the President of Pakistan to invite President of the Mexico to visit Pakistan. Deputy Chairman Senate emphasized the need for enhanced institutional linkages between the Parliament of Pakistan and Mexico. He said that Parliamentarians are well placed in promoting people to people contacts and strengthening bilateral relations.  He said that exchange of parliamentary delegations would help in understanding of issues being faced.  He said that parliamentary diplomacy is a vital tool in resolving issues and pacing up the development and we need to benefit from the parliamentary relations to promote linkages.

President of Mexican Senate agreed with the views of Senator Mandviwalla and called for strong institutional interaction and parliamentary cooperation.  President of the Agriculture Committee and Secretary of the Agriculture also endorsed views of Senator Mandviwalla for enhancing cooperation in agriculture, trade and investment.  They expressed the hope that the visit of Pakistan delegation would be a new chapter in parliamentary relations of the two sides and there is need to further build on these linkages