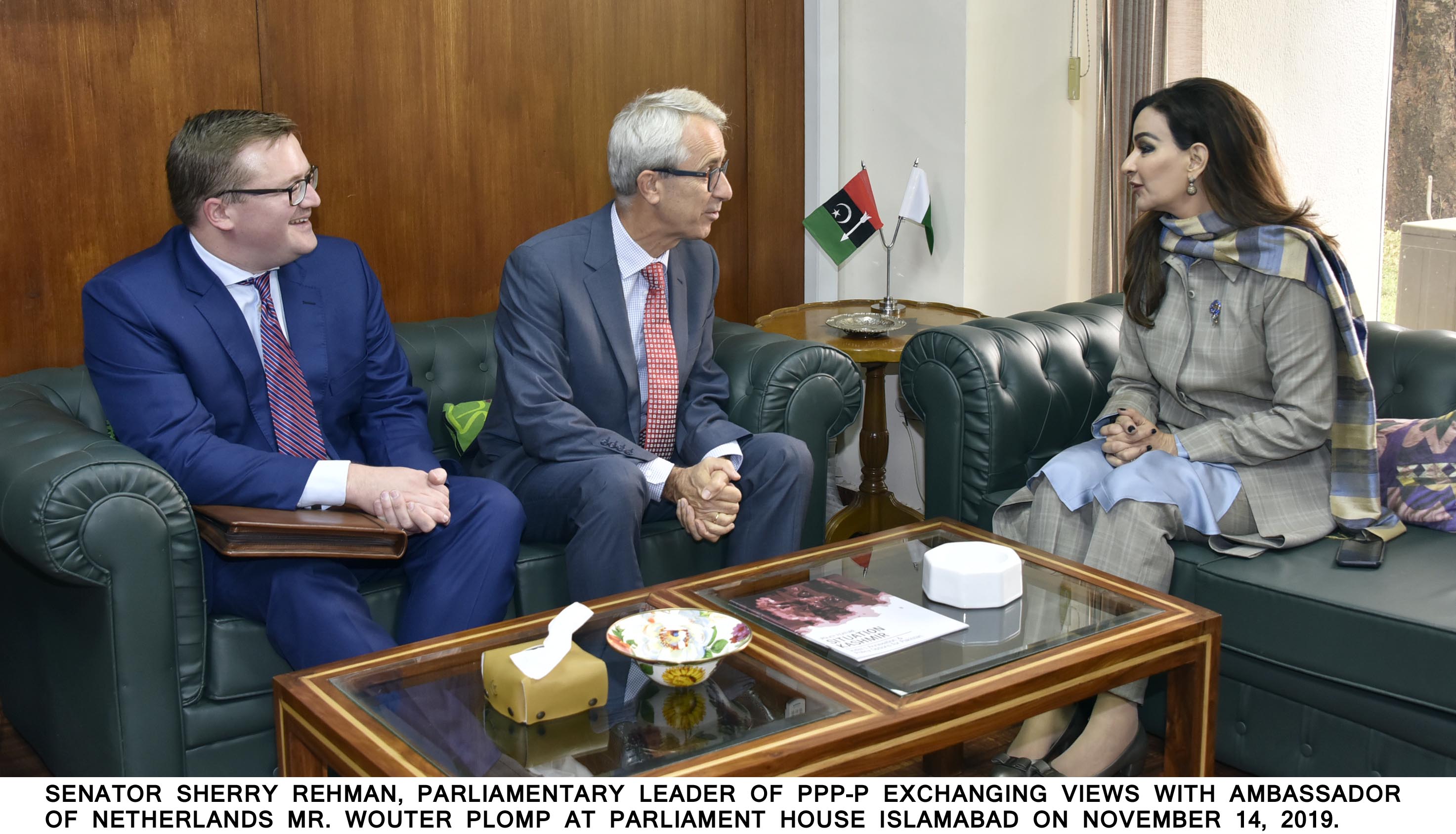 Ambassador of Netherlands H.E Mr. Wouter Plomp made a courtesy call on Parliamentary Party Leader PPP-P, Senator Sherry Rehman at Parliament House, Islamabad, on Thursday and exchanged views over issues of mutual interest. The prevailing situation in Kashmir and the genocide of Kashmiris in the valley came under discussion.The need for regular parliamentary interactions between the two countries was also stressed. He sought to enhance relations with the PPP as a hallmark of his country’s broad-based relationships with Pakistan’s political mainstream.

Ambassador of Netherlands H.E Mr Wouter Plomp thanked Senator Rehman for her hospitality and said that he looked forward to developing stronger ties between the two countries.