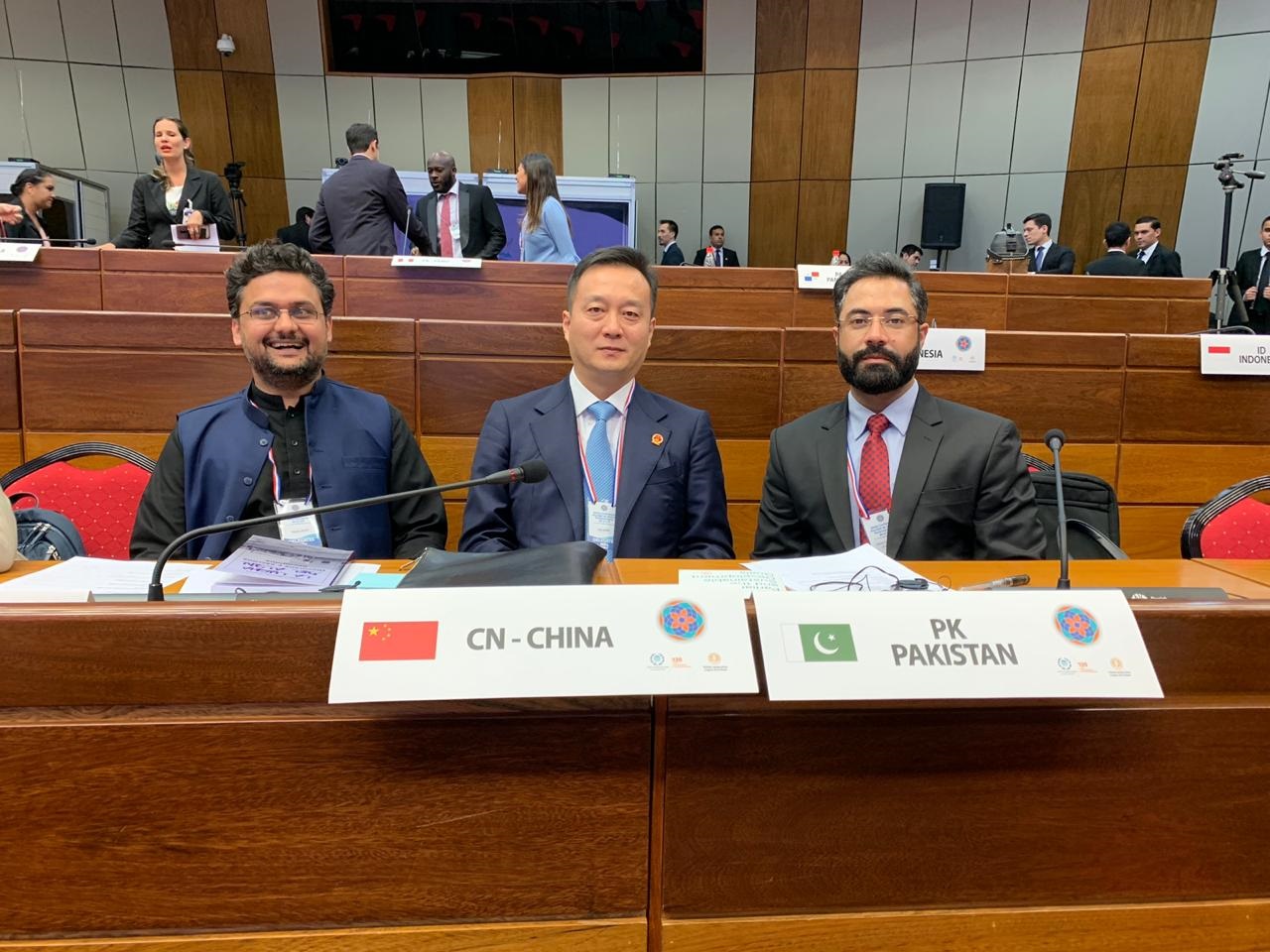 Representing Pakistan in the 6th Global Conference of Inter-Parliamentary Union’s (IPU) Forum of Young Parliamentarians being held in Paraguay, Senator Agha Muhammad Shahzaib Durrani has called upon the global community to shun double standards on the terrible human rights situation in Indian Occupied Kashmir (IOK) and adopt a strong stance on Kashmir.  He said that India continues to violate human rights and flout international norms and standards by subjecting innocent people to brutalities and inhuman treatment in Occupied Valley.  He said that the whole Valley has been turned into an open prison and curfew in the region has further added to the miseries of the people in IOK.  “Children, women and elderly people are worst sufferers of barbaric acts of the occupying forces” Shahzaib Durrani stated.  He reiterated Pakistan’s commitment to peace and development, saying that Pakistan wants the region to prosper.  He observed that Modi government has committed crime against humanity in the occupied valley and Pakistan would raise voice for the innocent Kashmiris on all forums at international level.

More than 100 parliamentarians from 40 different countries are participant in the conference.  They expressed concern over the deteriorating human rights situation in the valley and expressed solidarity with the people of IOK over the heart-wrenching human rights violations.  The conference also observed a moment of silence to express their solidarity with the people. Senator Durrani received huge applause from the international leadership attending the conference.

He also presided over an important session of the conference and said that Pakistan wants to have cordial relations with regional countries.  He termed China an important ally and partner to steer the agenda of social and economic development of the whole region under the CPEC.  He said that Pakistan supports one Chine policy and both the countries shares identical views on different regional and global issues.