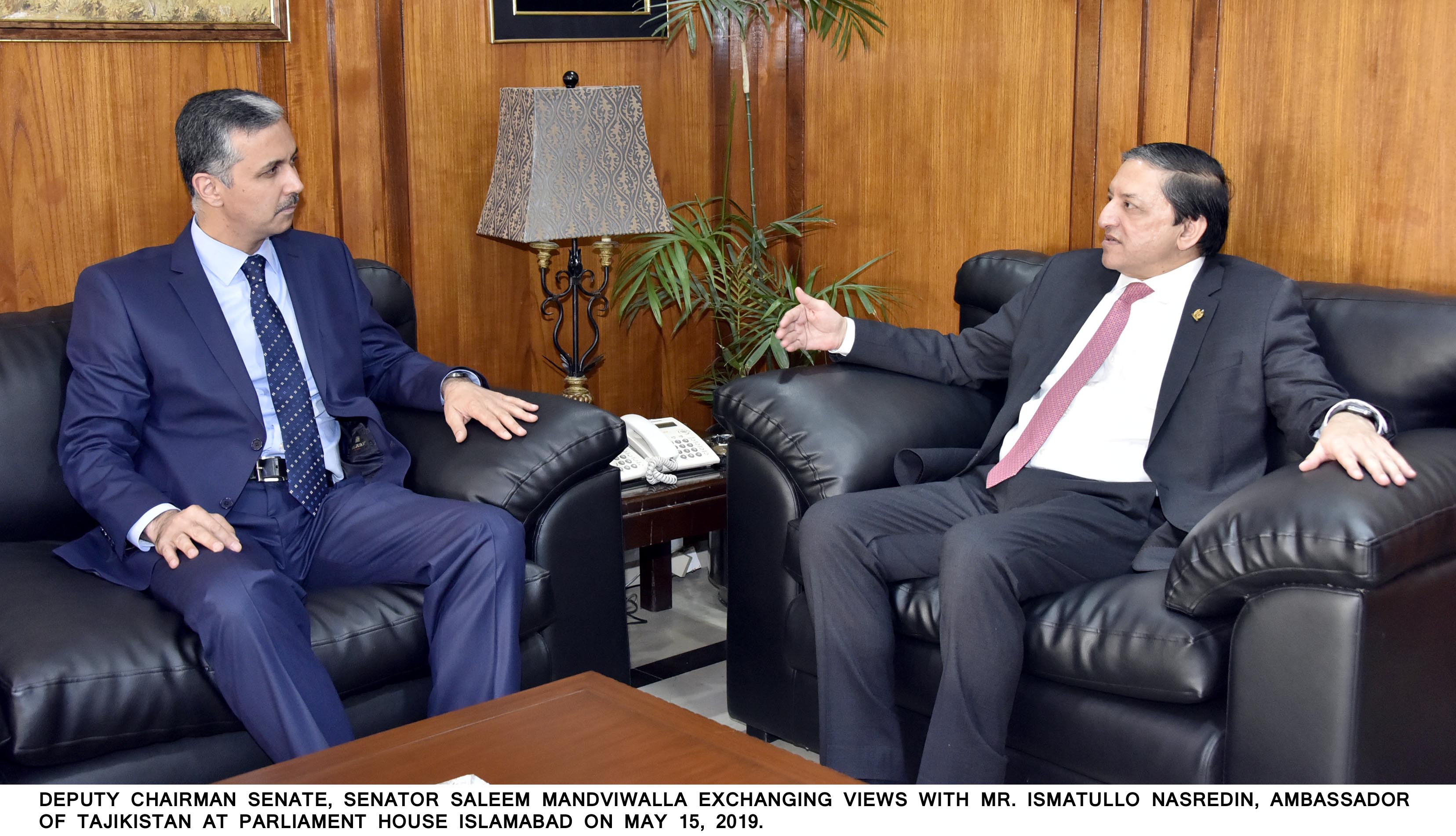 Ambassador of Tajikistan H.E. Mr. Ismatullo Nasredin made a courtesy call on Deputy Chairman Senate, Saleem Mandviwalla in his Chamber at Parliament House on Wednesday and exchanged views over trade and other bilateral issues.

While discussing Water and Power issues, Ambassador of Tajikistan H.E. Mr. Ismatullo Nasredin said that work on the Central Asia-South Asia Power Project (CASA-1000) will allow the export of surplus hydroelectricity from Tajikistan and Kyrgyzstan to Pakistan and Afghanistan has been completed on their side, however, work on Pakistan’s side is slow.  He requested Deputy Chairman Senate to help expedite the matter so that the region may benefit from this project.  Deputy Chairman Senate said that the matter would be taken up with the concerned stakeholders.

Ambassador of Tajikistan H.E. Mr. Ismatullo Nasredin, stressed the need for strengthening ties between Pakistan and Tajikistan and said that Parliamentary Exchanges between the two countries was the first step towards achieving this goal. He also insisted that Pakistan may attend the Conference on Interaction and Confidence Building Measures in Asia (CICA) to be hosted by Tajikistan this summer. The Deputy Chairman Senate also stressed the need of strengthening the Parliamentary relations among the two countries and extended the invitation to the Chairman ofMajlisi Milli Majlisi Oli. Convenor Pakistan-Tajikistan Parliamentary Friendship Group in Senate, Senator Kulsoom Parveen, who was also present at the meeting, said that their group would visit Tajikistan after Eid.