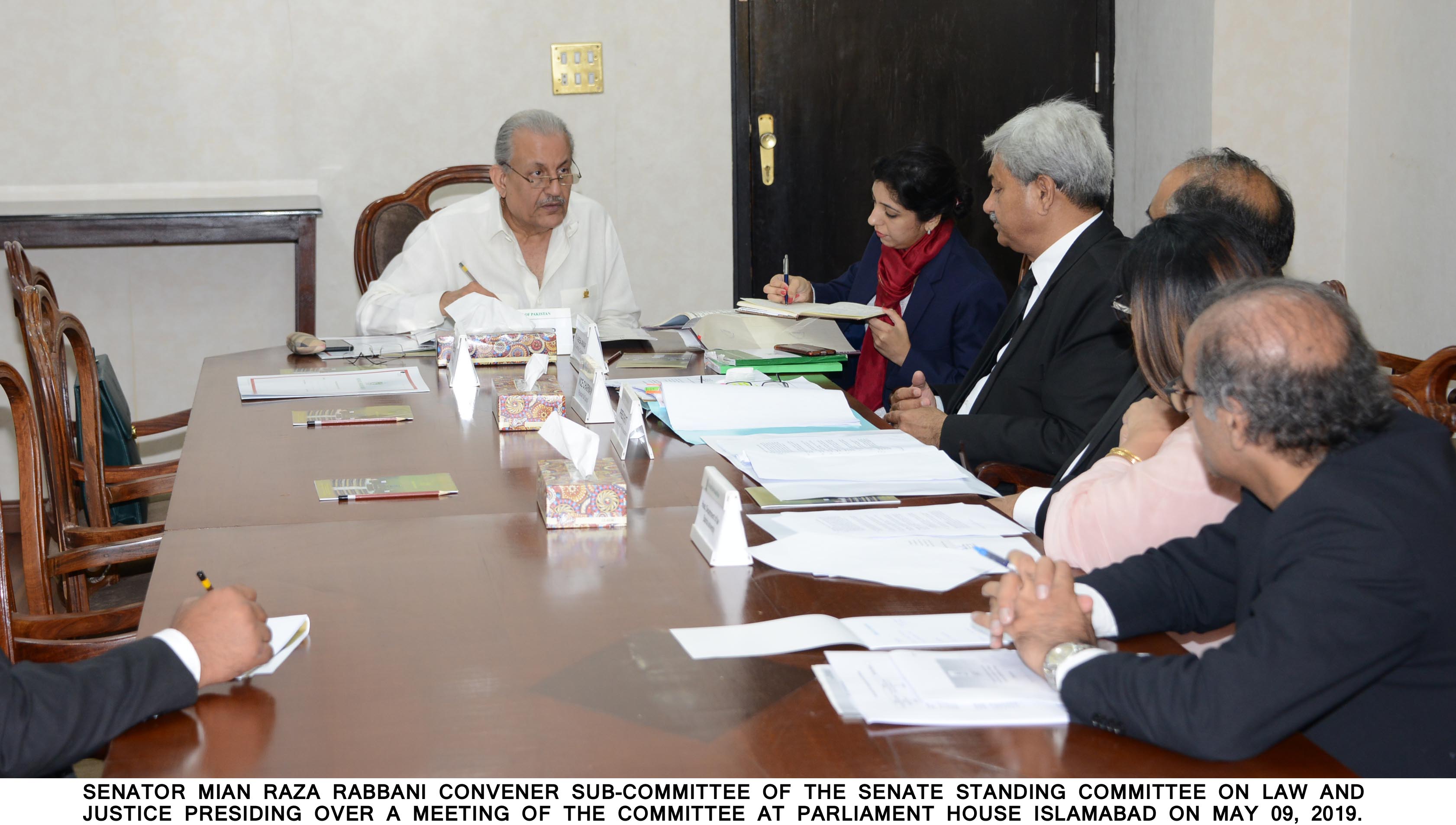 Sub-Committee of Senate Standing Committee on Law and Justice in its meeting on Thursday heard stakeholders from the Justice sector on the Law and Justice Commission of Pakistan Ordinance, 1979, to improve the effectiveness and contributions of the Commission in order to address the evolving needs of the society and the judicial system. The meeting was held under the chairmanship of Senator Mian Raza Rabbani and was attended among others by Senator Walid Iqbal.

Dr. Malaika, Head of Department of Law Department at Bahria University Islamabad observed that the Commission can also be tasked to prepare a framework for legal education as well and remove the glitches.

Former Secretary Law and Justice Commission Mr. Sarwar told the committee that the major problem with the Commission is that the required skill set is not there and the work is widespread. He said that the work is not commendable because there is no monitoring concept and all work is mere recommendatory. He said that there is no research, capacity building or restructuring budget.

The Committee observed there is an overlap of functions of the Law and Justice Commission, National Judicial Policy Committee and the Ministry of Law and Justice. The work coincides with other bodies and sometimes overreaches to the jurisdiction of the executive and the legislature.

The Committee was also told that if there is no monitoring standard and when there is none, the work doesn’t get done. The Commission is just responsible to disburse the fund under the allocated heads and from there on there is no oversight. There is little or no analytical and research capacity in the commission.